Seventeen-year old pop/dance artist Rachel Costanzo caught my eye when I was watching her videos on YouTube and was amazed at her vocal ability.

Almost at the end of her VCE journey, it is without a doubt that Rachel’s life is hectic as she juggles studying and songwriting.

Starting songwriting at the age of six, Rachel found a love for telling stories and it was then that she developed her writing skills.

“What inspired me most about songwriting is that it is so powerful in every single way. I realised that whenever I was having a bad day, I could express myself through a song and that it would cure my feelings and help me overcome my problems.”

Her songwriting influences include superstar pop/dance artists Katy Perry and Rihanna and her covers on YouTube are mostly inspired by this genre such as her rendition of Zedd’s Clarity. 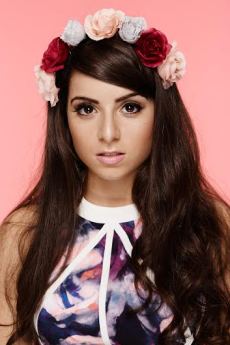 Rachel Costanzo – Photo supplied by On The Map PR

In 2013, Rachel began to write songs with MSquared Productions. Comprised of partners Michael Paynter, singer/songwriter and contestant on The Voice 2013 and musician Michael DeLorenzis, it was through interactions with them that her first single, ‘Blindside’ was produced.

When talking about challenges that one can experience when writing music, she found that with guidance from MSquared, she was able to overcome the writer’s block and start afresh. “When I am at home writing, if I get frustrated and can’t find the words or melody I am looking for, I tend to walk away and come back when I am refreshed again.”

Blindside was released in June 2013 along with an accompanying video clip. “I definitely love writing with other writers, especially MSquared because I really connect with them and I feel that the more brains and ideas, the better the song will be.” All the excitement created from producing both the single and film clip presented Rachel with the confidence that something was going to happen.

And it sure did.

A technical difficulty one morning caused radio breakfast show, The Matt and Jo Show to run without music or advertisements. Rachel used this as an opportunity to call the radio station to play her song. The next day, Rachel was asked to join Matt and Jo on air as the single was played in full as well as a performance of a cover of Lorde’s Royals.

Other appearances include ABC3, KIDSWB as well as opening up for Aussie pop/dance artist, Timomatic at The Australian Teenage Expo. “Having that happen to me was a dream come true and it really boosted my confidence and helped me be even more motivated to write another killer track.”

Her second single, Starlight was released on July 14 along with her debut EP on July 28. It is another catchy dance pop tune that showcases Rachel’s phenomenal vocal range once again. The film clip was filmed in Melbourne suburb, St Kilda which features iconic destinations such as Luna Park and The Palais Theatre.

“Because of MSquared, everything was possible.” 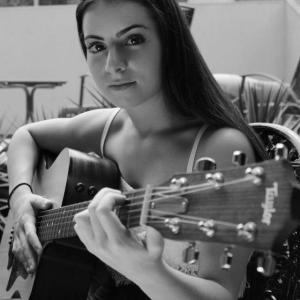 Want to be featured on RSOM? Check the ‘Contact’ page for more info.